Educator Academy in the Amazon

Program is limited to 28 participants. Only a few spots left!

For K-16 educators ready for a life-changing PD adventure

Join us in Peru for our annual Educator Academy in the Amazon for an experience that will feed your soul, expand your professional toolkit for inquiry based science, anchor your global perspective, and change your definition of professional development.  Featuring interdisciplinary programming for elementary and middle school educators and in-depth conservation field research for high school AP/IB and university educators.  Why travel all the way to the Amazon?  Read these insights from past participants.

*Participants who complete all pre-departure coursework will receive a $200 mini-grant which will be applied directly to the balance owed to the Morpho Institute.

You will arrange your own flights to Iquitos, Peru.  Flight costs not included in fees above.

The Educator Academy in the Amazon Rainforest provides powerful professional development designed to transform student learning. Immersed in the Peruvian Amazon, teachers learn about this key global ecosystem while building their ability to engage students in scientific research, cross-cultural connections, and community-based conservation initiatives.  Skilled Peruvian guides lead natural history exploration – in small boats, along trails, and on one of the world’s most extensive canopy walkways. Professional scientists engage educators in field research and citizen science. Indigenous community members share their conservation and sustainable development projects and their goal of long-term sustainability of the rainforest resources on which their livelihoods depend.

The cost for the Educator Academy is $3195*. This does not include international airfare from the US to Iquitos, Peru. This fee consists of two parts: ● $825 Morpho Institute Program Fee which includes program administration fees, program resource kit, online pre-departure coursework and webinars, access to private online network for program participants, and donations to support our indigenous community partners in the Amazon. ● $2370 in-country land costs cover in-country ground transportation, room, board, naturalist guides, and entrance or activity fees specifically outlined in the Morpho Institute's Educator Academy itinerary. Travel is coordinated by EcoTeach and all travel-related costs must be paid directly to EcoTeach after you have officially registered with The Morpho Institute and are subject to EcoTeach's cancellation policies.

*Participants who complete all pre-departure coursework will receive a $200 mini-grant which will be applied directly the Morpho Institute program fee.

July 1 – DAY 1: Arrive in Iquitos Peru.  Upon arrival, you’ll be met by our ground team and transferred to your Iquitos hotel.  A city tour and other activities may be arranged for an additional fee.

You must arrive in Iquitos, Peru no later than 2:45PM.  Upon arrival, you’ll be met by our ground team and transfer to boat dock for transfer to Explorama Lodge● Travel by boat on the Amazon River and deepen your understanding of this important global resource ● Evening orientation:  Where in the World Are We?

AM field workshop:  Research in the Rainforest wrap up ● PM field workshop:  Meet the Maijuna with visit to community of Sucusari to meet with community members and learn about their culture and history and efforts to protect nearly a million acres of the Amazon ● Evening Exploration: “Have you touched a rainforest today?”

AM field Workshop:  The Maijuna Foodshed – agriculture and water resources ● Lunch at Napo ● PM:  Creating a collaborative action plan for integrating the Amazon into your instruction.  Evening: Awards ceremony and celebration!

Transfer to Iquitos for return flight to Lima and international flights.  Most flights to the US are overnight flights and will return you to the US on July 11, DAY 11.

When you join the Educator Academy in the Amazon you get much more than a field experience.  We have developed a comprehensive pre-departure course that will help you make the absolute most of your time in the field.  Participants are provided with key background information, readings, and reflection activities via a 7-session on-line course. Web-based community-building activities provide opportunities to connect with fellow participants prior to arrival in the Amazon.

The majority of course readings and assignments will be available online via MorphoNet, our online community for alumni and current participants.  Participants will have access to MorphoNet upon the receipt of their registration form and deposit.  A recommended list of field equipment/supplies will also be supplied prior to departure.

In addition, we host monthly webinars that focus on tropical ecology, classroom connections, geography, inquiry, and more!  These webinars are free to the public. 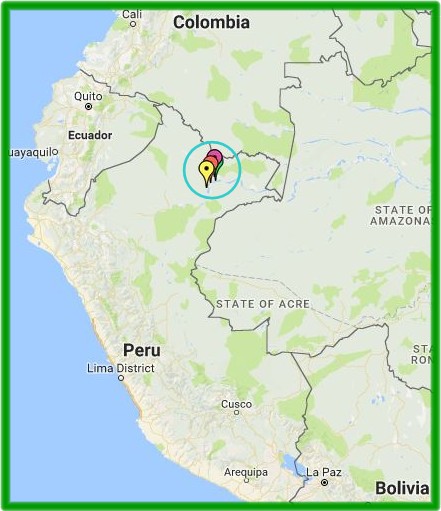 Christa Dillabaugh is the Program Director for The Morpho Institute and creator of our flagship program, The Educator Academy in the Amazon.    Prior to founding the Morpho Institute, she launched Amazon Rainforest Workshops, LLC and has coordinated numerous student and university field programs in the Amazon.  Christa began her love of the Amazon and neotropical rainforests while leading expeditions for her own students from Bexley, Ohio.  She has also worked as a free-lance science consultant to Pearson Education and Discovery Communications, contributing to curriculum and activity guides as well as educator in-service workshops and training materials focusing on STEM and Understanding by Design in the science classroom.  Her current area of focus is community-based conservation and conservation education.

Faculty varies from year to year depending on availability and the number of participants.

Dr. Kelly Keena is the Director of Education and Outreach for Underwriters Laboratories, a global safety science not-for-profit organization. Previously, Kelly was co-founder and Principal Consultant for Blue Lotus Consulting & Evaluation, LLC. Her research focused on the quality of children’s experiences in green schoolyards and participant-generated data to understand the nature of learner experiences in environmental education. In addition to more than ten years as a non-formal educator and ten years of classroom work as a science teacher and instructional coach, she consulted for projects with the Children’s Museum of Denver, National Wildlife Federation, and international organization Living Literacies. She is currently the Chair of the National Environmental Education Advisory Council for the Environmental Protection Agency where she works on national Environmental Education priorities and partnerships, including evaluation. Kelly was recently awarded the Enos Mills’ Lifetime Achievement Award in environmental education by the Colorado Alliance for Environmental Education (CAEE).

In addition to his academic teaching at Widener, Steve is also Director of Research at the Amazon Conservatory of Tropical Studies (ACTS) in Iquitos, Peru. Aspects of tropical biology and conservation have been his focus for nearly two decades. As a researcher, he has been investigating the biochemical dynamics of select compounds in tropical plants and animals. The crux of his work centers on understanding how organisms obtain chemical protection from their diets. In addition, Steve is conducting a long term study and detailed climatic profile of the forest layers surrounding the ACTS field station. Also active in science education, he has obtained  nearly  one  million  dollars  in grants  over  the  past  decade  to  support  educational programs to increase science literacy among K-16 teachers and students.

Randy holds an M.S. in entomology from the University of Wisconsin and his work managing a Leaf-Cutting  Ant  Colony earned the  Zoo a  Significant  Achievement  Award issued by the American Zoo and Aquarium Association. This recognition was preceded by other awards in 1999 for Bullet Ants, in 2000 for the long-term propagation of the Peruvian Fire Stick, and two in 2001 for the long-term propagation and captive management of the Giant Water Bug. While regularly serving as faculty during Amazon Rainforest Workshops since 1991, Randy also led the JASON XV team of scientists in February 2003 during their Rainforests at the Crossroads expedition to Panama and served as a JASON X researcher in the Amazon in March 1999.

Kristie and Jessica are entomologists who teach about the fascinating world of insects, spider and their relatives. Through videos, digital media and in-person appearances they inspire people to open their minds and learn about these often-maligned animals. Their drive to create fun, accurate science media has led them to work with some amazing organizations: the U.S. Forest Service, Norman Borlaug Institute of International Agriculture, and National Ag Science Center, Microsoft and many more! They inspire people to be brave and realize that different isn't bad. In this vein, they use bugs to teach about prejudice and racism and reaching your full potential.

Dr. Nancy Trautmann recently retired as Director of Education and currently serves as Visiting Fellow at the Cornell Lab of Ornithology, focusing on teacher professional development and curriculum development related to biodiversity conservation. Her passion lies in introducing people to the wonders of the natural world and helping teachers go beyond textbooks and lectures to get their students involved in conservation-related investigations and projects. She has published 10 books in collaboration with teachers, on topics ranging from biodiversity to toxicology. Publications by NSTA Press include a manual on citizen science and four environmental science research manuals. A recent book, Birds Without Borders, won the top educational award from the Association of American Publishers for supplemental science curricula in 2016. 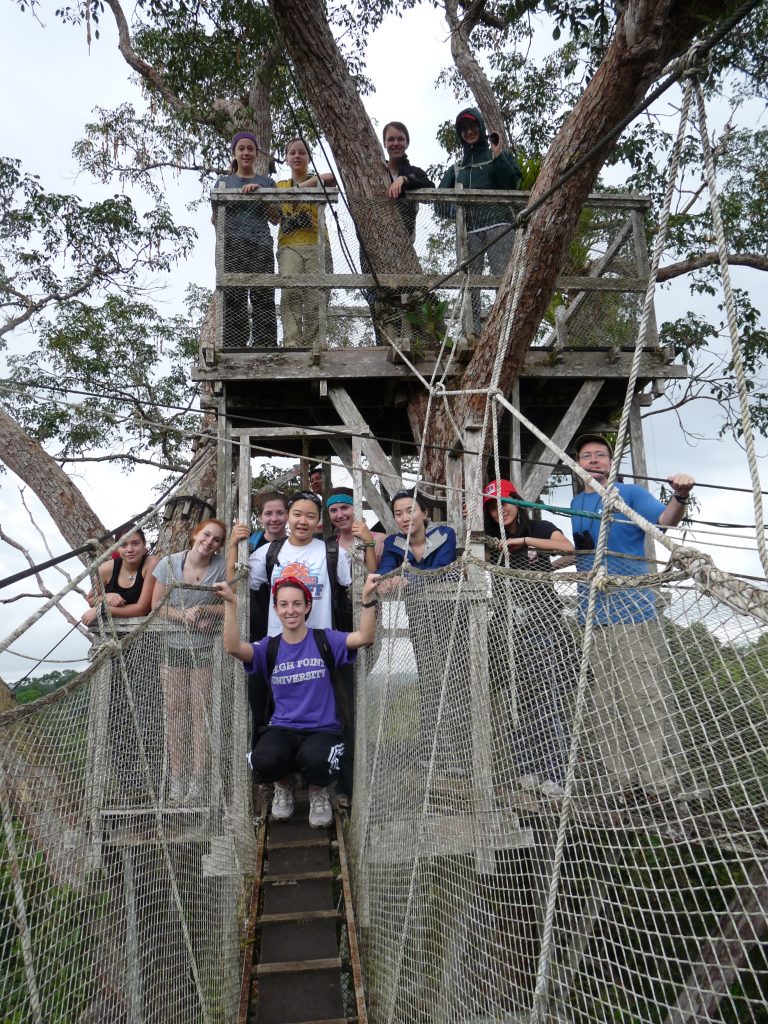 The Morpho Institute is pleased to offer several scholarships and a fellowship for eligible education professionals to attend the Educator Academy in the Amazon.  These opportunities are merit-based and undergo a blind review process by select members of the Morpho Institute Advisory Board.

Watch the video & hear directly from past participants

What people are saying...

“Amazing. I had high expectations, but overall this experience surpassed them on so many levels. The combination of the people involved, the organization and structure, and one of the most astounding places on Earth made this incredible.”  – Joan Bachynsky, Cristo Rey High School, NY

“Every component of the academy can be integrated into my classroom, my curriculum and my teaching philosophy. The faculty provided high quality experiences and resources to help me do this! The best program I have EVER had the privilege of attending!” – Melissa Jordan, Sarah Scott Middle School, Terra Haute, IN

“I left feeling inspired, renewed , and excited about what I will share with my students and peers. I was learning every hour of the day and evening. Not a minute of this trip was wasted.” – Jenny Murphy, Sullivan Middle School, Lowell, MA

“This has been the best professional development program I have ever participated in.  With quality staff presentations, shared experiences, hands-on activities, long term online resources, and the comradery of our group members, I am confident I will be able to share what I have learned with my students. Further more I feel that I have what I need to continue to learn.” – Phil Kahler, Tualatin Valley Academy, Forest Grove, OR

Explore the Amazon through the lens of place-based learning and inquiry. Visit Amazon schools, conduct service projects, and learn from villagers in remote communities.

Participate in research and citizen science, learning techniques directly applicable in your teaching while exploring the Amazon rainforest and connecting with local communities.

Take a dive deep into tropical ecology, community-based conservation and sustainable development. Learn from indigenous villagers, and make connections to your teaching.

The Morpho Institute professional development field workshops are produced by a team of committed people who work together to make this a life experience for every traveler.

With questions about the educational program, syllabus, and experience in Peru contact:
Christa Dillabaugh, Director, The Morpho Institute
Email or Phone:  (913) 214-6126