A chance encounter with a frog in the Amazon. No bigger than a quarter, this tiny creature held the group captive, rendering everyone speechless (at least momentarily!) as they admired its uncanny resemblance to a dead leaf. 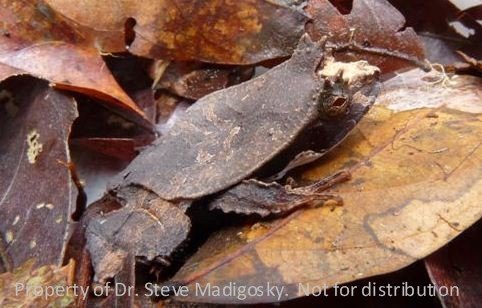 Excitement grew as the biologists conferred with the local guides. In hushed voices they whispered that it might be a species new to science. Minds reeled with the implications. It is still possible, in this era of satellite mapping and DNA sequencing, to stumble upon a new species by simply taking a slow walk down a rainforest trail.The Amazon is home to a disproportionate amount of global biodiversity with new species being discovered at the rate of one every three days over the last decade. A single expedition into Suriname found as many as 46 new species. A survey of Bahuaja Sonene National Park in Peru found 365 species that had never been documented in the park – effectively elevating the region into the biodiversity hall of fame.

Does it really matter how many undiscovered species of beetles, frogs, or bromeliads live in the Amazon? Does it matter if we give them names and write papers on their natural history?

Yes, it does! The biodiversity of the Amazon sustains us all, giving us food, medicine, and potential solutions for our most pressing environmental problems. Just recently an Amazon fungi was discovered that actually digests plastic! In spite of the record rates of discovery, as a planet we are in the midst of a biodiversity crisis. We are losing species at rates 100 to 1000 times faster than the natural extinction rate. With each loss of each unnamed and unknown species, we are losing the very keys to our future.

Join us in the Amazon for our annual Educator Academy for K-12 teachers, July 1-11.